Malaysia quickly saw the potential of China’s proposed Belt and Road Initiative (BRI) and got on board. Since the advent of the BRI, the Southeast Asian country has seen the establishment of a joint Sino-Malaysian industrial park, joined forces to upgrade an east coast port and seen major investments in manufacturing, such as the establishment of a train assembly plant powering several local railway systems and the construction of the largest infrastructure project ever in Malaysia, the 660 kilometer East Coast Rail Link.

These projects have helped boost two-way trade and investment, upgrade public transport and other infrastructure, bring in new technologies, and create local contract and skilled job opportunities for Malaysians. CSCEC’s most iconic project in Malaysia is the TRX Exchange 106 tower. /CGTN

CSCEC’s most iconic project in Malaysia is the TRX Exchange 106 tower. /CGTN

Its most publicized project – the Exchange 106 tower – rises more than 450 meters into the sky of Kuala Lumpur. It was rising at a speed never before seen in Malaysia at around one floor every three days.

The tower is part of the Tun Razak Exchange, which is set to become Kuala Lumpur’s new central business district.

“We needed their expertise on super-tall structures,” explained Exchange 106 General Manager Patrick Honan. “It’s a very lightweight structure compared to what was built with a concrete core, and the steel beams and trapezoidal decking give it efficiency and durability.”

“It allowed us to get a super-fast build. We got this build in just over three years to complete and open, which is remarkable for the size of the building,” he said. 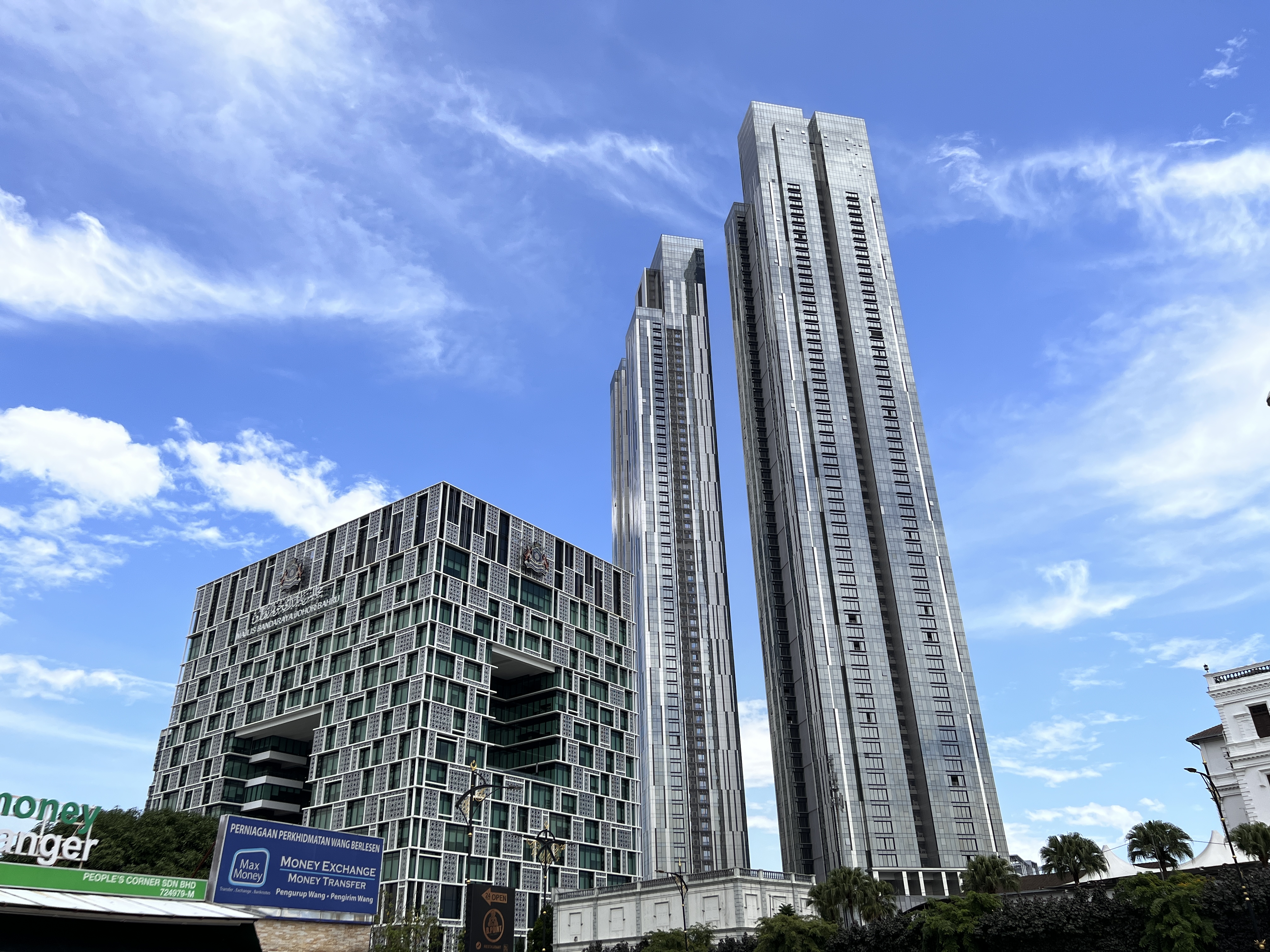 The condominium in Astaka, in the south of the country, was the tallest residential building in Southeast Asia. /CGTN

The condominium in Astaka, in the south of the country, was the tallest residential building in Southeast Asia. /CGTN

To date, the company has undertaken around three dozen projects in Malaysia, around half of which have already been completed, including the Astaka Condominium in the southern city of Johor Bahru, which upon completion was the tallest residential structure in Malaysia. ‘South East Asia.

Local engineer Chok Kong Wai, director of CSCEC Malaysia, worked on this project, as well as the Exchange 106 tower.

“We were using the stealth climbing platform. Also, this is the first for the Exchange 106 using the wall climbing system for the tower crane,” he said. “This is the first one in Malaysia. This one we have never experienced before.”

He said that working for the CSCEC was a revelation for him and a great success for his career.

Parhiban Ponusamy had previously worked as a security supervisor for local businesses for 20 years.

“When I was lucky enough to work for China State Construction, I was appointed as the senior safety officer. Along the way, I learned a lot about super-high-rise construction. After several years of work, I was appointed as a Security Manager for CSCEC Malaysia. I am extremely happy about this as it gave me a chance to build my career.”

CSCEC Malaysia MD Lyu believes the company has contributed positively to the Belt and Road Initiative and hopes to see more benefits for the local economy in the future.

Besides using new construction technology from China for building super skyscrapers and developing “smart sites”, the company has also set up a localized management team. It also provides outsourcing resources to foster the construction of local projects and jointly contribute to the development of Malaysia’s Industrial Revolution 4.0.

With landmarks, such as the Astaka in the south of the country and the Exchange 106 tower in the capital, CSCEC – like the Belt and Road initiative – leaves a transformative and indelible mark on Malaysia.