Two “pearls” clash, including some thoughts from guest writer TravellingMitch from the UK

Penang was once the “Pearl of the East”, for most Western travelers, the only “East” they knew outside of Singapore and perhaps Hong Kong. At the time, Phuket was not even known on the tourist map. It was in the 1950s and 1960s when jet travel had just started to make the world smaller and the western middle class was looking for exotic new places.

But Penang’s popularity just fell off the map in the 1970s and 1980s. In the mid 1970s, people started to visit the small Thai island of Phuket, and a new “pearl” became a tourist favorite, and still is – Phuket, “the pearl of the Andaman”.

The two islands are geographically very close and share a similar history of European and Chinese trade heritage. As you stroll through Phuket Town and Georgetown, you will see a lot of the same Sino-Portuguese style of architecture although Penang always had many more grand colonial buildings due to the British colonization of Malaysia. 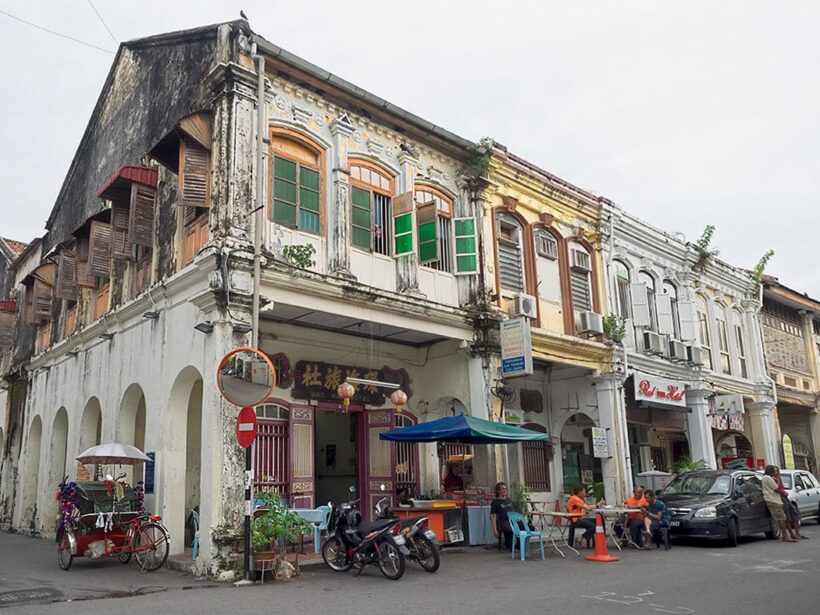 The most obvious difference is that Phuket has some great beaches. Penang has little and the water is not clear. Phuket has Patong and there really is no equivalent in Penang (many would say that’s a good thing).

Penang has much better roads and organized infrastructure, possibly due to early colonial planning and the large flat spaces for residential areas and cities.

And Phuket is Thai and Penang is Malaysian with all the cultural and religious differences that give each island its own distinct personality. If you want to drive from island to island it will take around 9-10 hours and cover 647 km. There are now direct flights between the two islands with Firefly and Air Asia (this varies depending on the time of year). As the crow flies, the islands are 357 kilometers apart. Firefly Airlines uses a turboprop aircraft and the flight is with Air Asia in an Airbus 320. In both cases the flight will take you about an hour, a little faster in a jet. (Firefly is usually five days a week)

â€œTravelingMitchâ€ visited both islands in 2010 and wrote an article which, with his permission, we reprinted in bold.

Compared to Phuket, Penang is very low key. There is no choice or variety of areas and landscapes to stay in Penang like there is in Phuket. Penang is limited with its tourist areas, the city of Georgetown and the resorts of Tanjung Bungah and Batu Ferringi, and the fact that the sea is not clear.

That said, nothing is manic like for example Patong in Phuket, and Batu Ferringhi feels a bit like a little Karon or a quiet Kata. Tanjung Bungah is really very calm. The hotels in the resorts of Penang are directly on the beach. 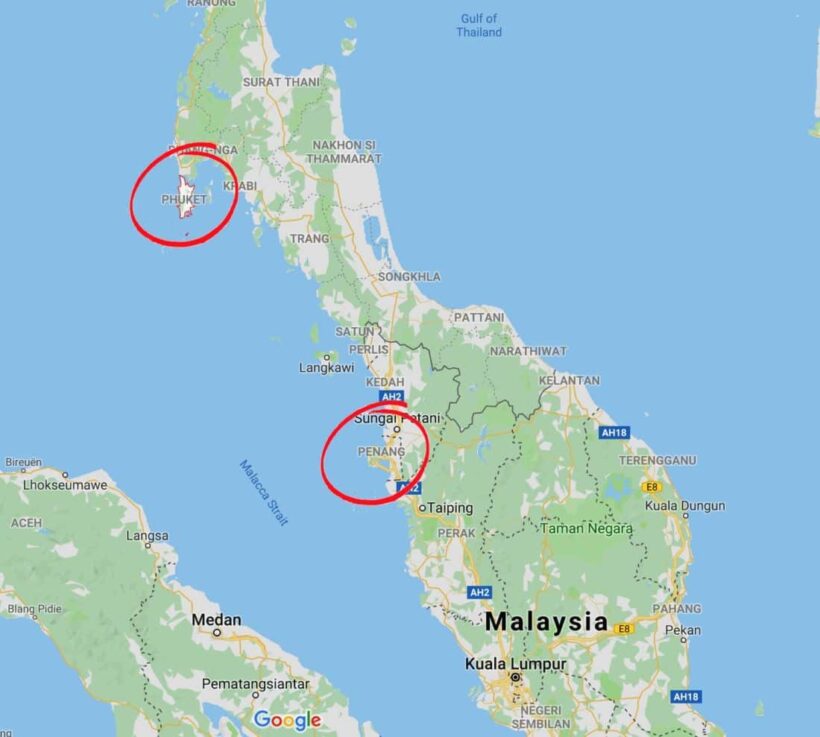 I hate to say that Phuket has it all, but I will say that Phuket has a huge range and huge choice of hotels and locations compared to Penang. Most of the more remote beaches have hotels right on the sand, and being only 20 minutes from places like Patong, they are very popular. 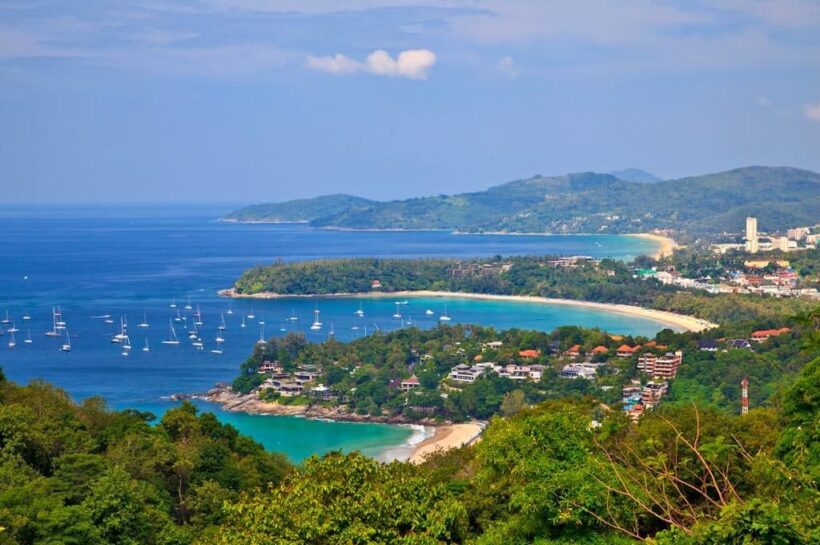 Penang is calmer and for the moment happy to be Penang. There are only 1, maybe 2 beaches and the sea is a bit uncertain but Penang is still a food heaven, has a much more laid back quality and doesn’t have that really busy feel [even if it is] that you get in Phuket. Not a lot of nightlife for those who want to party until the early hours of the morning, but there are a few nightclubs in Georgetown. The only concern is that people are trying to turn Batu Ferringhi into Patong.

It hasn’t happened yet …

Phuket wins hands down on the beaches. Penang does not compare. The water is clean and clear, and snorkeling is possible right off the hotel’s beach, even at the busiest resorts in Phuket, while Penang is less fortunate. 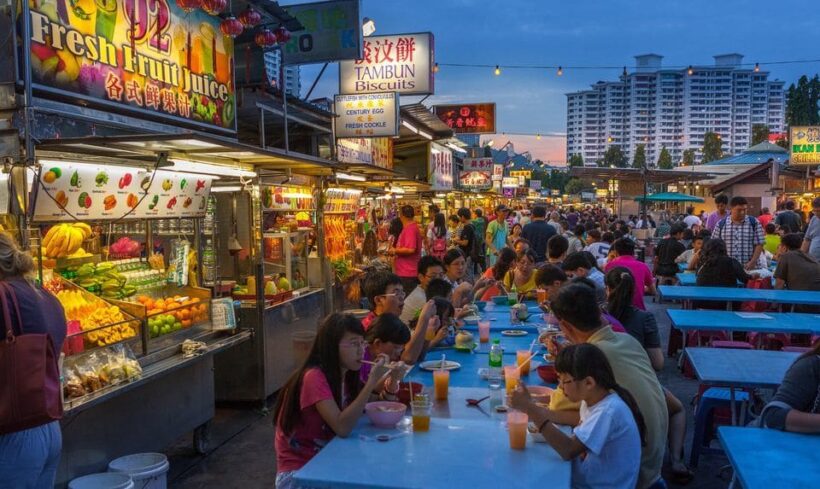 The two are equal contenders for food. There’s a good selection of inexpensive local food either way, but in Penang you get a wonderful eclectic mix of Malaysia, Thai, Southeast Asian, Chinese, and Indian. All of them are very, very tasty.

Shopping, well, Phuket understands, but only, and that’s because there are more markets – something Penang is limited in. Although modern malls are the same all over the world, and most modern malls, you could be anywhere, Bluewater in the UK, or the Gurney Plaza / Queensbay in Penang or the Central malls or Jungceylon in Phuket. Brands and stores are quite global and in modern malls only signs indicate where you are.

In general, we have found that the cost of clothing is about the same as UK, Malaysia and Thailand whether they are original items or high-end or mid-range replicas. .

Bargaining is a necessity in South East Asia, and the more you buy, the better deal you will get. There are some great replica products and absolute junkies in both countries, buy wisely and expect to pay more for the best stuff, again, the prices are about the same.

Given the cheap prices for clothes and other goods in the UK and the low British Pound when traveling, we have often found that we are in fact paying more than we can at home.

That hasn’t changed either, but with the Thai baht soaring, the costs for international tourists are higher than before. They both have great buying options at both ends of the price spectrum.

There are lovely souvenirs in both, and the usual household items like cushion covers and table runners, which are popular in Phuket and Penang. Although I would say that Phuket, with the greater number of markets, seems to have a greater choice.

But there is also a lot of branded copy junk floating around in the Phuket markets. Turn on your brain before paying for your 150 baht Gucci T-shirt. We always use local laundries to avoid expensive hotel laundry fees. You will get a very good deal per kilo for washing, washing and ironing in Penang and Phuket. I came back clean and fresh.

The hotels are pretty standard for both places, and there isn’t much to choose from, a bad 3 * and a wonderful 5 * are pretty much the same all over the world. There are a large number of hotels in Phuket compared to the number in Penang. You’ll find a lot more really cool little boutique hotels in Phuket – and that’s a real treat.

The “boutique hotels” scene and new high-rise “residences” are a growing trend in Penang with planning and development controls greater than the haphazard condo boom in Phuket.

Both islands have amazing views both natural and man-made. Both have the culture of their old towns, Georgetown and Phuket Town. There is a huge selection of things to see and do, and as what to see and do is a very personal thing, no one can be bored as long as they have done their homework either.

Georgetown is much larger than Phuket Town and is a UNESCO World Heritage Site. This has held back the renovation of the old Georgetown shops a lot compared to what we have seen around Phuket in the last decade. But you can walk around Georgetown for days while Old Phuket Town can pick you up on an afternoon at best.

So, I guess there isn’t really a comparison, they’re both very different, and it will depend on what each person wants for their experience, which is the best option. Please don’t go to one while waiting for the other. But if you do a lot of reading and researching, you’ll see which one is right for you. Or you could be like us and love them both for who they are.

I couldn’t agree more, thanks TravellingMitch. 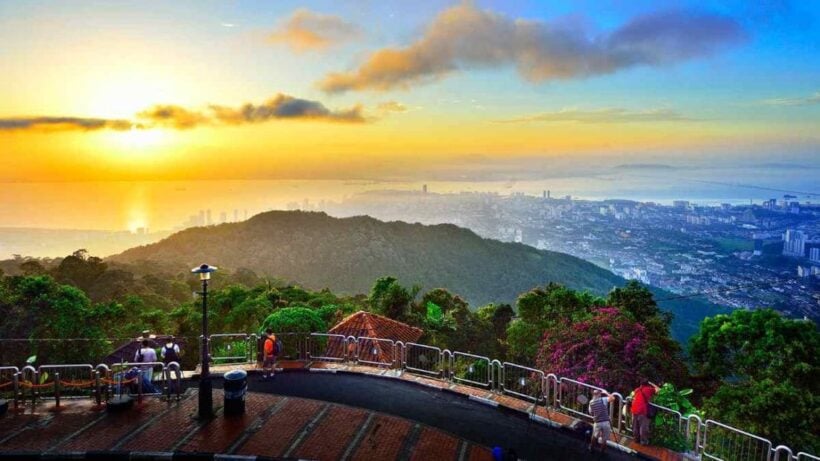 Get more from The Thaiger