Naungan, a newly formed multicultural group of local musicians, chose the right season to release their first recording, an instrumental version of Malaysia (a song by Faizal Tahir).

The Malaysia video – wholeheartedly endorsed by singer Faizal – shows this cultural melting pot of collaboration coming together with ease in a video shot at the Shah Alam Stadium. The song was produced by Rockstars Production.

“When a group of musicians come together to play, there is no distinction between skin color, religion and culture; there is only music. In this video, we translate our love for our country into music with our rendition of the song Malaysia.

“Instruments from all Malaysian cultures come together in a song dedicated to all Malaysians, transcending borders and uniting hearts through the arts. This Hari Kebangsaan and Hari Malaysia, we hope this song will bring joy and love to our Malaysian brothers and sisters,” reads a press release from the production team.

A screenshot of ‘Okong Tales’, which is an action story game featuring Sabahan folklore.

The Faculty of Animation and Multimedia of the National Academy of Arts, Culture and Heritage (Aswara) recently hosted a 48 hour folk game jamwith participants bringing to life the many female folk heroines of Malaysia and the Nusantara region.

From the ancient Puteri Walinong Sari of Inderapura to the legend Sabahan of Okong Srikandi Sungai, these games covered a wide range of folk tales and genres. Participants were encouraged to keep their video game narratives localized, without Western-centric references.

Discover each entry of the 48 hour folk game jam here.

This virtual series by Nusantara Performing Arts Research Center is an initiative to popularize various styles of zapin from the districts of Johor with the aim of ensuring its preservation and continued practice.

This episode – in Bahasa Malaysia – focuses on zapin dinjat or ginjat. This zapin has faster and more aggressive moves. The men dance in pairs, with brisk tiptoe steps and strong, slightly aggressive rhythms of Marwas (small double-sided, high-pitched hand drum). The video will also include a moderated discussion with Salimi Mohd Shah and Mohd Iskandar Shah Abdullah, both students of the late Suhairi Adam, an Adiguru Dinjat Zapin from a village near Sarang Buaya in Johor.

The Art Deco style, which first appeared in France in 1925, is known for its clean, anti-traditional design, which symbolizes wealth and sophistication.

In this two-part webinar series from Badan Warisan Malaysia, moderators take a look at Art Deco styles in Mumbai, India and Kuala Lumpur.

The conference aims to identify some of the typically playful stylistic characteristics of Art Deco in the capital. Atul Kumar, Founding Trustee, Art Deco Mumbai Trust, will take you on a virtual tour of some Art Deco buildings and contextualize this modern architectural development in Mumbai. The city has the second largest collection of Art Deco buildings in the world. 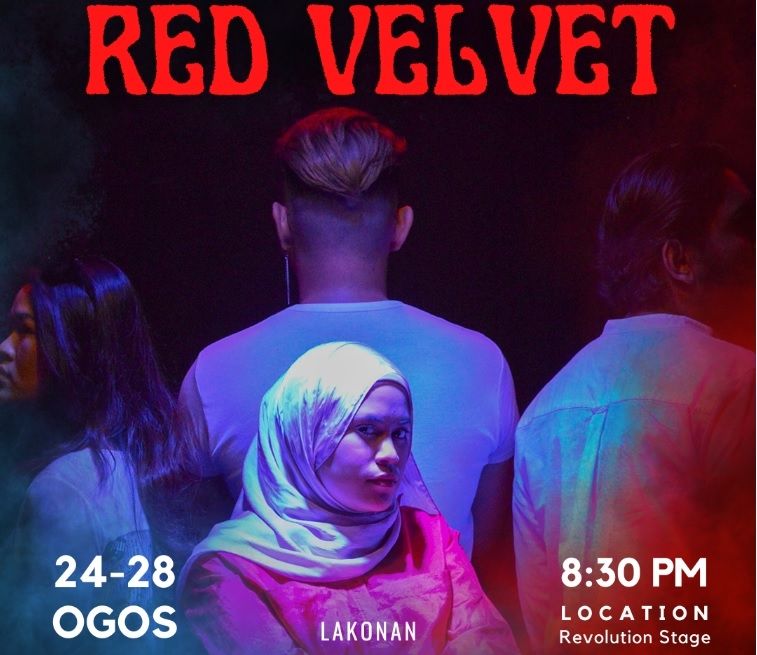 Penang-based playwright Yusof Bakar red velvet is a dark comedy that tackles hard-hitting themes such as pedophilia, hidden predators, nervous breakdown and the consequences of lack of sex education.

Directed by Azizi Nazril, this Bahasa Malaysian play centers on Ain who suffers from Stockholm Syndrome when he was kidnapped by Amar and Aaron. She becomes attached to her captors and continues to have a relationship with them. At the same time, Ain has an affair with Ai Ling. A few years later, his parents discovered his illicit activities. They confront her and she is forced to choose between Amar, Aaron and Ai Ling. She reveals her choice at her 17th birthday party. The play stars Natashalanz, Villmett Thanakody, Fohcuys and Daphne Fang. You can also see Red Velvet on location at Revolution Stage Studio.

red velvetpaid, can be streamed via the Revolution Stage website.